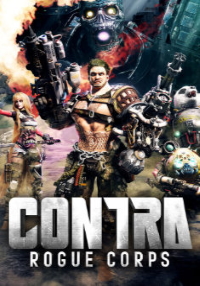 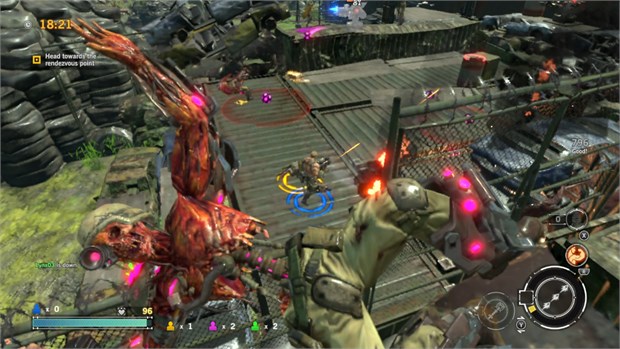 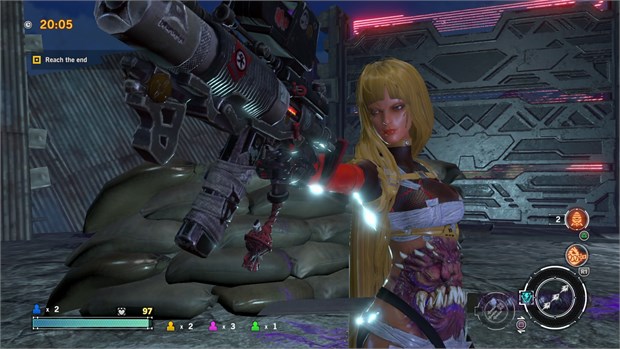 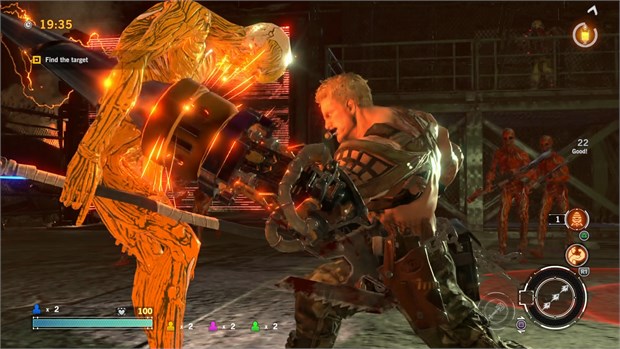 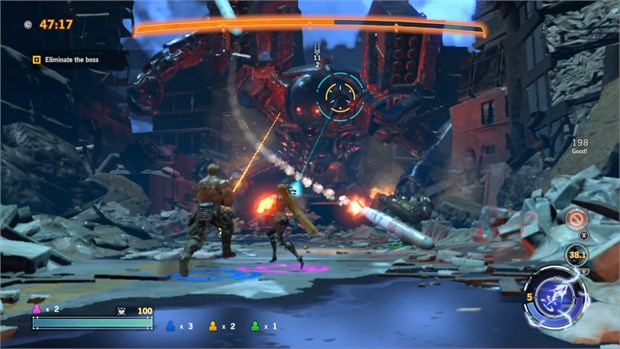 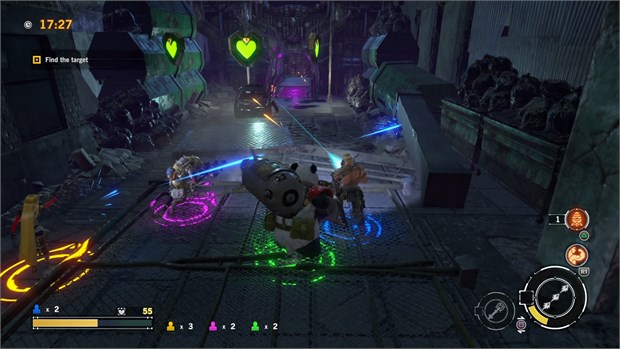 CONTRA: ROGUE CORPS is a twin stick, third-person action game drawing upon its roots in fast and focused combat developed for the Xbox One, PlayStation 4, Nintendo Switch, and PC (STEAM). From the director of CONTRA III: THE ALIEN WARS and CONTRA: HARD CORPS, Nobuya Nakazato instills more than 25 years of franchise pedigree into CONTRA: ROGUE CORPS with enormous crazed enemies, over-the-top violence, and a cast of diverse playable characters that add to the irreverent tone of the game.

Several years after the events of the Alien Wars, CONTRA: ROGUE CORPS follows a former military group living on the fringes as bounty hunters and treasure finders in the Damned City. Survival requires fast reactions, powerful weapons and the occasional organ and cybernetic augmentation. Players will complete missions in PVE campaigns, gathering resources to upgrade their guns to stay alive in the Damned City. If all else fails… bring in a friend and mow-down enemies together in online and local multiplayer modes!

• Choose from 4 diverse characters with their own unique skills and specialty attacks - determine weapons load out, customise and craft unique weapons and create a perfect symphony of destruction throughout the Damned City

• Operation Room – Upgrade characters and abilities, augmenting each with improved organs and cybernetics

• PVE – Deep single player Story campaign mode chock-full of challenging missions among hordes of enemies. Go solo or group with up to 4 friends or random players online* in multi-player

• Local Couch CO-OP modes with up to 4 players**

• Four diverse characters with their own unique skills and specialty attacks:

o Kaiser – A soldier from the Alien Wars rebuilt after receiving massive injuries, now has a massive arm that transforms into a drill.

o Ms Harakiri – Famed assassin specialising in stealth and infiltration, after barely escaping death during the Alien Wars, she fused together with an alien, now taking residence in her midsection.

o Hungry Beast – Once the noted (human) scientist Kurt Steiner, he had his brain inserted into a giant cyborg panda and now spends most of his time looking for delicious snacks.

o Gentleman – Brain Bug alien raised by humans. Feels the rest of the team are ill-mannered and vulgar, especially the Panda. Argues over table manners and the neatest and most efficient way to dispatch an enemy.